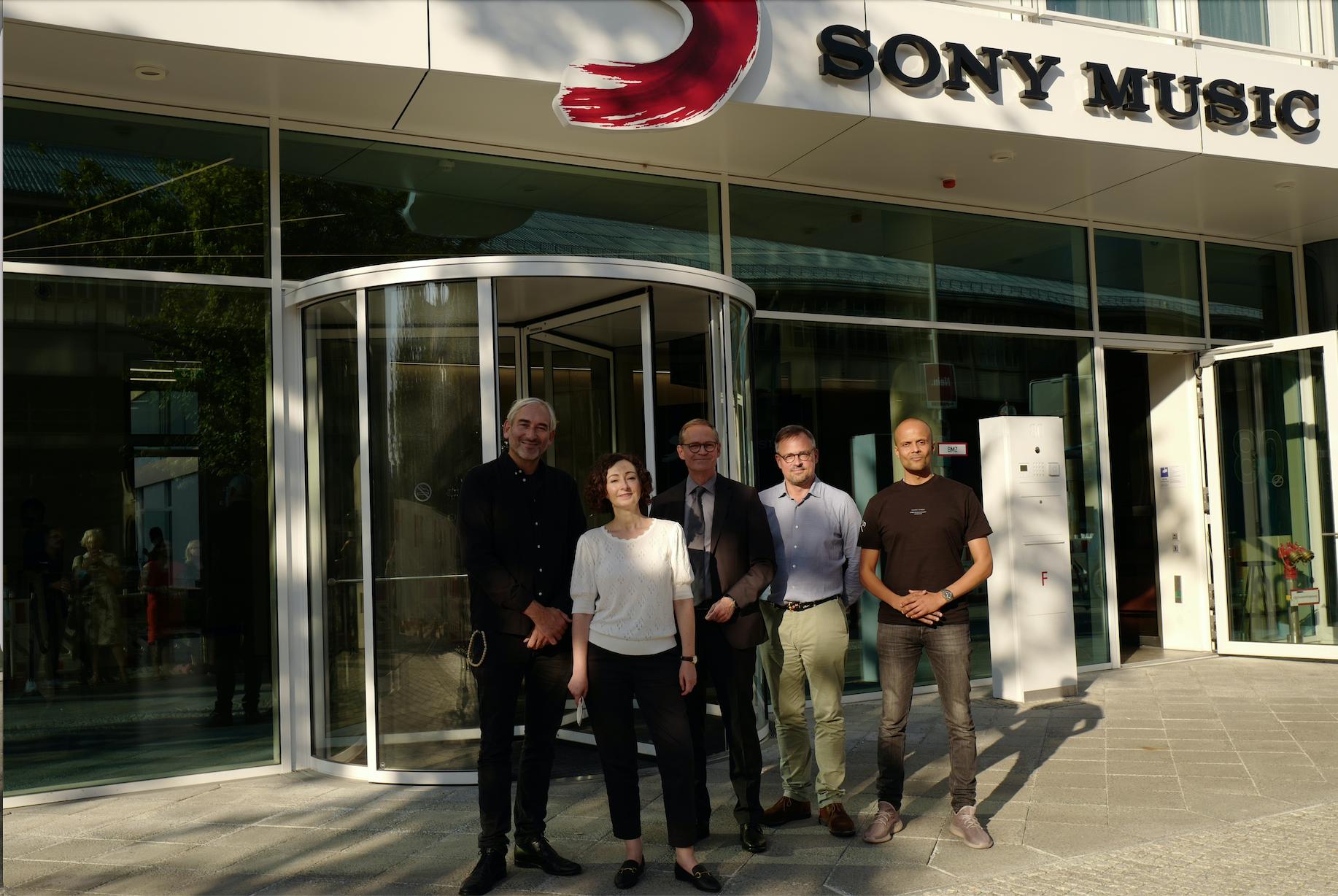 On September 9th, the Governing Mayor Michael Müller and Senator Ramona Pop visited the new headquarters of Sony Music Entertainment in Berlin. Exactly one year ago, the world’s second largest music company moved its European and African headquarters from Munich to Berlin in order to work more closely with its artists. The company’s own staff was expanded and contacts with digital innovators and political decision-makers were further developed.

With the exception of the legal and finance departments, all departments and music labels have been relocated to Berlin. With a total of 13 labels, including Columbia, Epic, Four Music, Ariola and RCA, Sony Music covers a wide range of music genres and entertainment content. Within a year, 300 jobs were created in Berlin in a wide range of activities, including A&R management, product marketing and central functions.

Besides maintaining strong relationships with the local and national decision makers,  Sony Music is increasingly committed to diversity and inclusion in the music sector. This year, the company founded the “A&R Academy,” where up-and-coming talents with no special prior qualifications are trained in music management in a 12-month traineeship in Berlin. Furthermore, in cooperation with the NGO Turning Tables, a coaching project with mentoring by artists such as Prinz Pi and Antje Schomaker was introduced for young people from Berlin, where they were given the opportunity to record their songs at the “Circle Studios”. In total, more than 40 tracks were professionally produced there.

Patrick Mushatsi-Kareba, CEO Sony Music Entertainment GSA: “Our arrival in Berlin has been a success, and after only one year, it has already led us to work even more closely with our artists and creatives, as well as expand our business with new talent. It makes us very proud to be part of Berlin’s creative community. The city stands exactly for the corporate values we embody: diversity and variety, innovation, creativity and courage. From now on, we will be available to political decision-makers at any time to advise them on questions and issues relating to the world of music.”

Michael Müller, Governing Mayor of Berlin: “Sony Music is diverse and creative, which suits our colorful city. Sony Music’s branch proves that Berlin has global appeal as a cultural, vibrant and international center. The confidence in Berlin’s creativity and Berlin’s economy has been successful. New musical talent and a scene ranging from classical music to rap can be found here, as well as everything that is needed in terms of highly specialized creative backgrounds. In Schöneberg, something new has thus emerged that is driving the neighborhood forward. Berlin is increasingly becoming a music metropolis.”

Ramona Pop, Mayor and Senator for Economic Affairs: “Sony Music’s move consolidates Berlin’s reputation as a central music location in Europe. The major label’s commitment demonstrates the continued strong confidence of international companies in the city and its creative and economic vitality. I am glad that we find the opportunity to re-celebrate Sony Music’s arrival at its European headquarters in Schöneberg.”