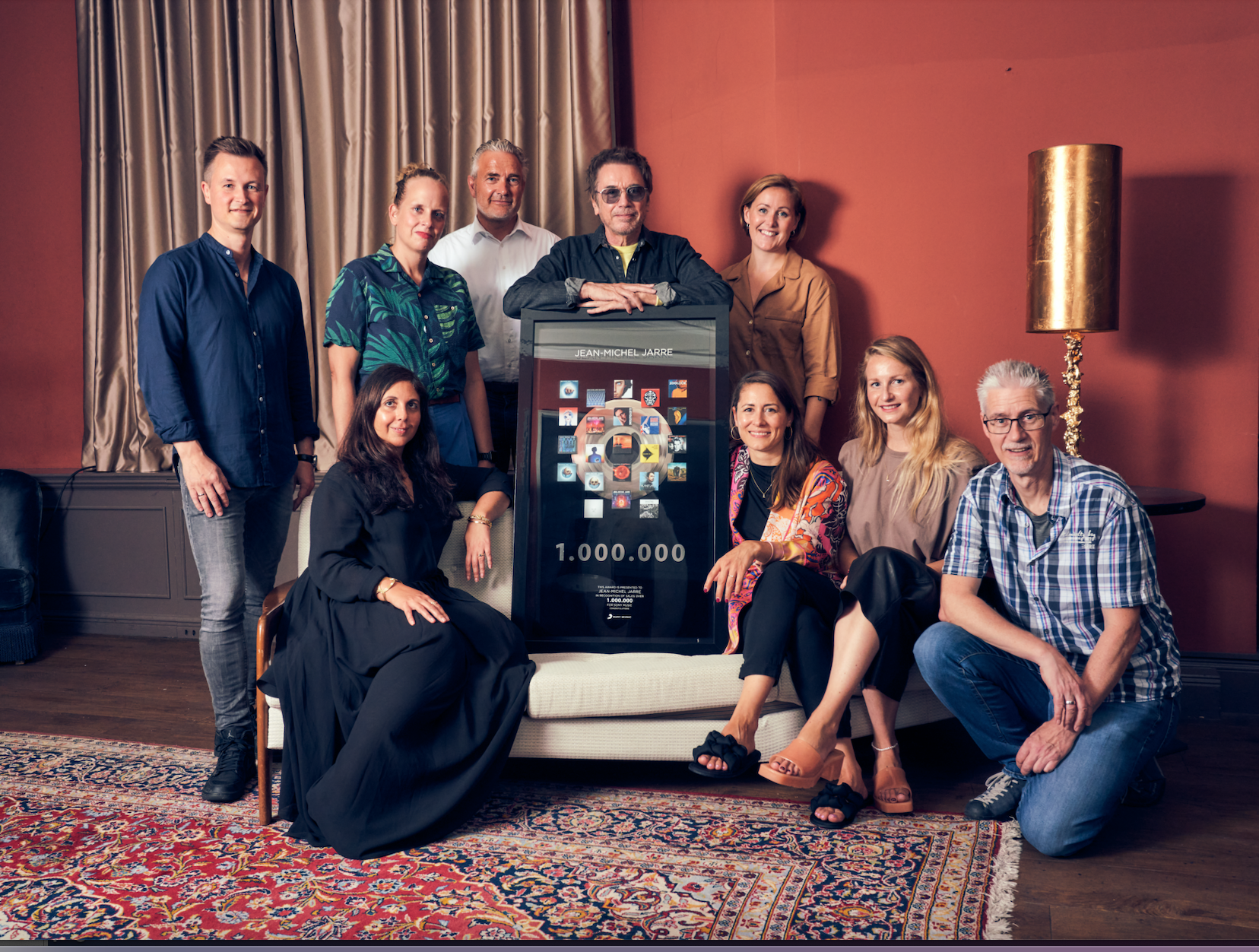 Sony Music Entertainment has awarded Jean-Michel Jarre with a special award after officially reaching the million sales mark since the start of their collaboration with the visionary and electronic music pioneer in 2014. The partnership between the label and Jarre sees Sony releasing his entire back-catalogue, and the deal is due to be extended.

At the start of 2021, Jarre presented a groundbreaking live show from a virtual environment of the Notre-Dame cathedral in Paris. The show, which combined life-like concert visuals in VR with a real live studio performance, introduced a mixed-media approach which was the first of its kind. It attracted a staggering audience of over 75 million viewers globally. This historic achievement saw Jarre top the Pollstar chart for livestreams on New Years Eve, out-performing the entire top 10 combined.

The live performance, which included tracks from his recent Grammy – nominated opus Electronica, as well as new reworked versions of his classics, Oxygène and Equinoxe, has been released in physical formats including vinyl, and a CD and BluRay box set. A binaural audio version will be released on October 8, via Sony Music.

Patrick Mushatsi-Kareba, CEO of Sony Music Entertainment GSA said: “Jean-Michel is an electronic music pioneer with worldwide recognition. As his team we are extremely proud of this milestone, and looking forward to releasing further landmark records in the future. His creativity, curiosity and drive are a true inspiration making it easy for us as a team to go all the way for him.”