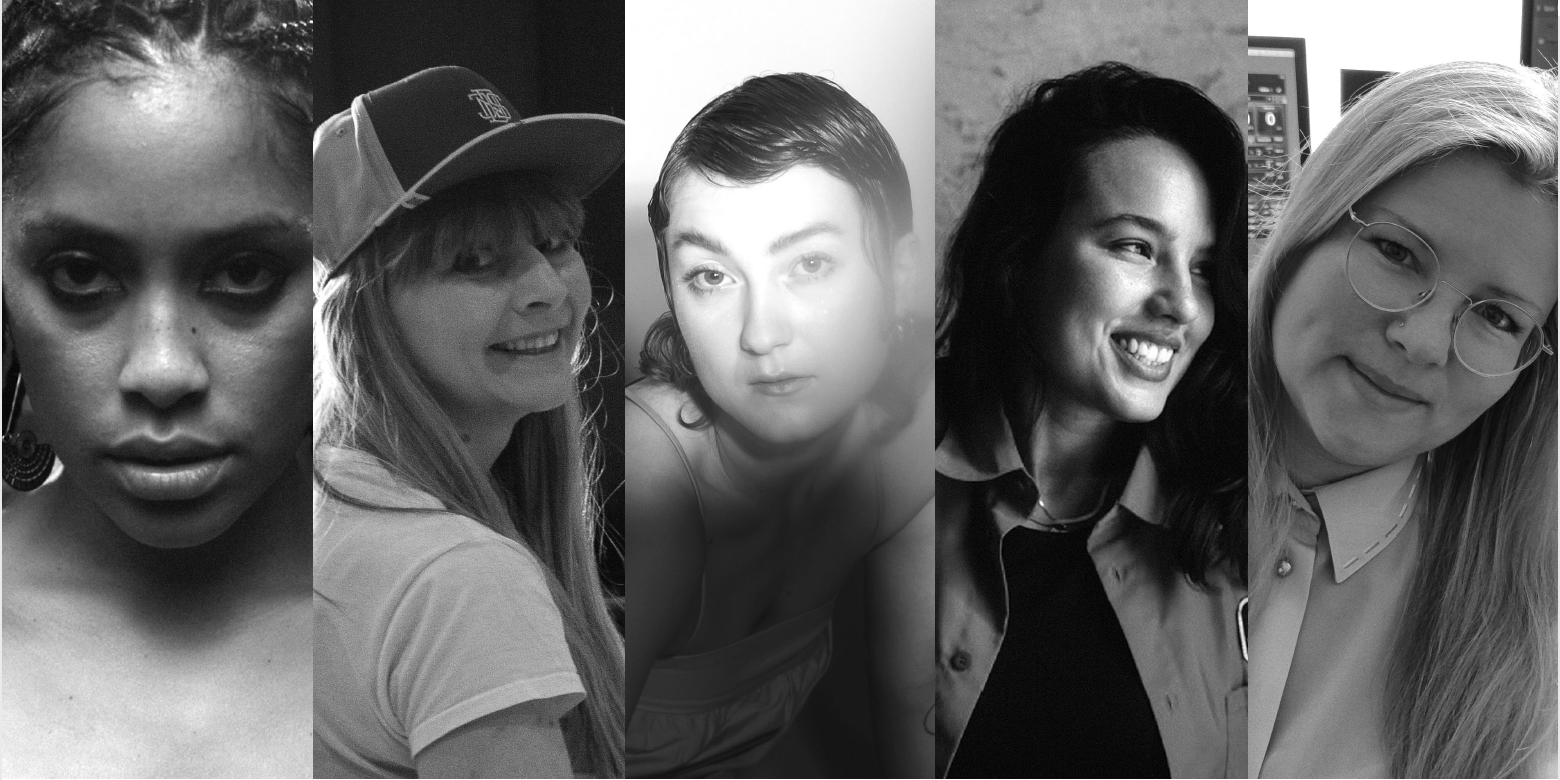 Sony Music and Music Women* Germany (MW*G), the nationwide umbrella organization of all music women* and female-identifying and non-binary individuals have announced today the winners of the Female* Producer Prize. Founded by Music Women* Germany (MW*G) in partnership with Sony Music, the Prize aims to support female producers in Germany who often lack visibility and support in the country.

An internal analysis of the Top 100 Single charts in Germany showed that fewer than 2% of the producers involved are female*. In total, more than 170 professional female producers applied and were assessed by a jury panel including Sarah Schneider, Head of A&R Columbia Germany; international music producer, music producer, composer, sound engineer and co-founder of sheWrites, Charlie McClean, Herbie Crichlow (producer and five times Grammy-winner) and board member of MW*G and initiator of the DIANA AI Songcontest, Jovanka v. Wilsdorf.

The five winners are be coached by renowned producers such as MelBeatz during a one-day workshop in Sony Music Germany’s Circle Studios and be awarded with a prize. The Top 15 will also be added to a newly created roster for Sony Music Germany labels and artists looking to diversify their recording sessions.

The Female Producer Prize was first announced in March 2022 and aims to promote femaleproducers across the country.

Sarah Schneider, Head of A&R Columbia Germany: “A short glimpse at the charts shows how underrepresented female producers are. It is important to raise awareness on this issue and create more role models for aspiring female producers. We were astounded by the number and high quality of the applications we received. Launching this prize allows us to further our commitment to support future stellar music producers. Congratulations to all five finalists!”

Jovanka v. Wilsdorf, Member of the Board of Music Women Germany: “With this award we want to set a sign for the great female* music producers out there. In doing so, visibility and support go hand in hand for us, because we’re tired of hearing: “We would have loved to work with a female* producer, but there aren’t any.” Let´s make a change!”

Novaa: Producer, songwriter and an exceptional Berlin based artist. She produces her own tracks as well as for well-known acts such as Keke, Fløre, Amanda Tenfjord, LEA. She is also a mentor at the Female Producer Collective, based in Berlin.

Jenny Gerdts: Music producer, songwriter and multi-instrumentalist, she helps bands and artists of different genres reach the next level in their careers. Since 2021 she is herself a lecturer music production at the HfMT Cologne and empowerment is very important to her.

“This award is a great way to make ALL female music producers visible,” said Gerdts. “I hope that many of us will apply here and that a great portfolio of diversity can emerge. I would love to be a part of that. The more female participants* there are, the more motivation will be sprayed and young female musicians* will hopefully be encouraged to venture into music production. I would like to finally work with more women.”

GOTOPO: Colombian-Venezuelan producer and artist based in Berlin, she is already causing a sensation with her productions before the release of her debut album. Her highly energetic “indigenous-futurist” sound is unique. Her first single production has been featured on international stations like BBC6, and the festival season kicks off for her with a slot at Melt 2022.

“Artist or producer? Both sides of my artistic have always been inseparably important to me, and the Female* Producer Prize is a wonderful way to raise awareness in the industry and among the public,” said GOTOPO. “We women are not stereotypical talents: We’re capable of much more than we’re given credit for. My current goal is to build bridges from Europe to America (North/South) through collaboration.”

Maxi Menot: She studied classical music, composition and music production in Frankfurt, Barcelona and Mannheim. Since then, she has worked as a producer and composer with various projects in the field of film music as well as artists inside productions and album recordings. She is also co-founder of the great Female Composers Collective TRACK 15.

“During my training at the Pop Academy (in Baden-Württemberg) to become a producer, I had neither female fellow students nor female lecturers,” said Menot. “I felt out of place, had no confidant or mentor. Afterwards, I experienced that I was less trusted as a producer, that I often didn’t get the chance to prove myself. The award gives us credibility – the crucial leap of faith you need to take the next step in your career. With my band, I’m currently working on the next album, which will be released at the end of the year.”

Nora Medín: Music producer, multi-instrumentalist, DJ and songwriter with Austrian-Moroccan roots. She collaborates with artists such as Jugglerz, Kelvyn Colt or Roger Rekless, as well as on music for brands like 032c x Snipes, Dior, O2, Parship. or Veuve Clicquot and is co-founder of the producer duo nextofdin.

“I’m very proud of my career and hard work and I’ve also never been told that something shouldn’t be possible for me,” said Medín. “I’ve been attending female writing sessions a lot lately and found it wonderful to experience what it’s like to work under pure female energy – only then did I realize that I’ve been missing that. I was lucky enough to grow up in a family and among brothers with absolute equality and entitlement in every way. Now I want to make a statement and show the world what fierce producers are among us.”