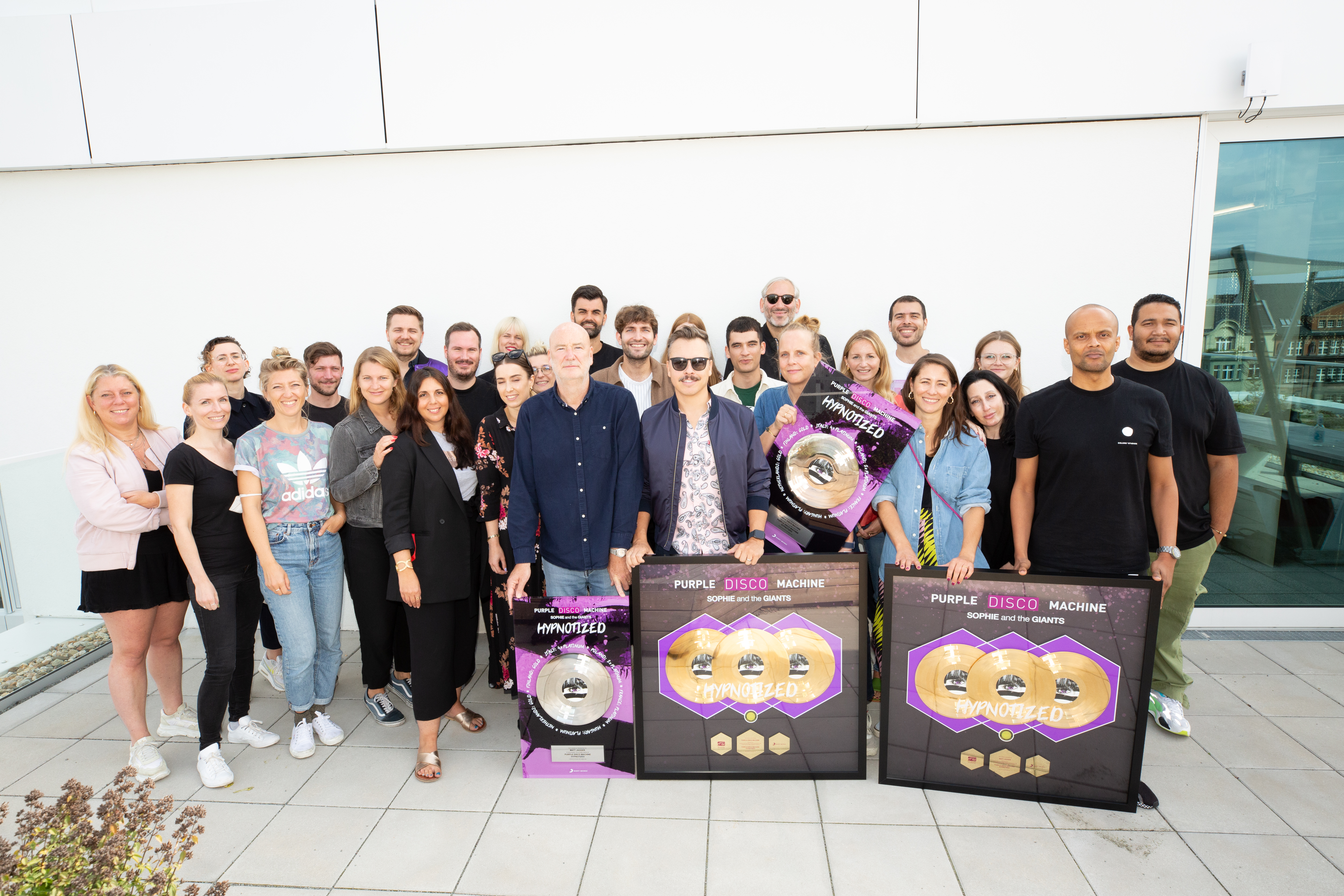 For many years Purple Disco Machine has been a celebrated artist around the world. With the success of his international remixes, hit singles “Hypnotized with Sophie and the Giants“, “Fireworks feat. Moss Kena & The Knocks” and the recently released “Dopamine feat. Eyelar“, Purple Disco Machine has quickly become a phenomenon in the dance music genre. Now the Sony Music team have awarded him a multiple gold award for his global hit “Hypnotized” in Berlin.

It was only in the spring of 2020 that the Dresden born DJ (named Tino Piontek) released “Hypnotized” featuring Sophie and the Giants, which quickly conquered the charts across Europe and established itself as a radio hit. In total, the single recorded 275 million streams worldwide, while topping the Global Shazam Charts and the European Airplay Charts.

In Germany, the single went gold, while in Austria and Switzerland it went platinum. Internationally, the single achieved quadruple platinum status in Italy, double platinum in France, Poland and Hungary, and gold in the Netherlands and Finland.

Jean-Sebastien Permal, Director A&R Continental Europe and Africa, Sony Music Entertainment: “”Hypnotized” has been a global anthem and streamed millions of times across all platforms. The entire Sony Music Team is extremely proud of our collaboration and extends our warmest congratulations to Tino. Purple Disco Machine’s impact on dance music culture through his signature sound is globally recognized and growing and most importantly makes more and more people dance as we speak.”